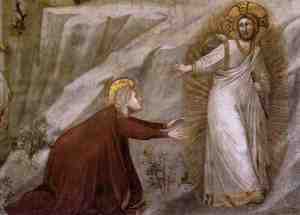 I had a math teacher once who, after explaining a complicated problem or solution, would ask us, “Do you understand what I am saying?” as a way to provide an opportunity for clarification. I honestly believe that she really wanted us to be sincere and ask questions in order to understand. I honestly believe she really was just worried about me, since she always looked directly at me when she asked the question.

As we have heard in the Gospel reading this morning, I’m not the only one who is confused. John wrote a note in his gospel account about the challenge the class of Jesus was having with the resurrection: For they did not understand that he must rise from the dead. How well do we understand it today? Not so well at times. We tend to not understand it when we attend the funeral of a friend or loved one, when we become so immersed in the seemingly important things of our day, and when we think of it as something for later, not fitting in with our current plans. What can help us understand it better? Going back to Jesus’ words about a seed, grain of wheat (John 12:24) from a couple of weeks ago, gives us the proper background for Easter. Hear these words again: Very truly, I tell you, unless a grain of wheat falls into the earth and dies, it remains just a single grain; but if it dies, it bears much fruit.

What do seeds, wheat and fruit have to do with an empty tomb? And what can we know about the resurrection as we approach the empty tomb this Easter? Everything.

First, we can know that the seed did indeed die. This is what Jesus said would happen; that it would be necessary in order to provide a harvest of new life for the world. Jesus must have known that he was soon to become that seed that would fall to the ground. As the political and religious tensions were growing around him, especially as he was heading back into Jerusalem, he was emptying himself more and more, dying a little bit with each step. He was that single grain of wheat he mentioned, with a full and beautiful life, attractive to the eye and soul of people he encountered. And yet he knew that his purpose was not to bask in his own glorious life, but to lay it down that other beautiful lives could be born, multiplied into a great harvest. As we recall from this past week, die he did. He laid down his life in the most excruciating of ways, willingly going through the agony of crucifixion, all out of love for us. After his death on the cross was confirmed, the Roman soldiers lowered him from the cross and Jesus’ followers placed his broken and dead body in the tomb. This death was the final act among countless ways Jesus died throughout his life.

We are to do the same. We are to know what Paul meant when he said, “I am crucified with Christ and, therefore, I no longer live.” Our new life cannot happen until we have “fallen to the ground” from our self. It doesn’t just happen so long as we are living for or in the glory of our egoistic self-pleasing. When we refuse to go the cross, what we seek for ourselves in this world is what we get. And that’s it. What we really ought to be doing is laying down our lives, giving up our focus on ourselves, serving other’s needs above our own, and embracing the ground that produces the real harvest of life. Have you died yet?

What else can we know as we approach this empty tomb with the disciples today? We can know that the the “seed” didn’t stay dead, but came back to life. This was the jolting reality the disciples experienced as they arrived on the scene of the resurrection. They walked up to the tomb, saw the stone had been rolled away, and discovered it to be empty. The life of Jesus that had fallen into the ground of death had sprouted. The reality of death of Jesus’ body could no longer suffocate its’ inherent power of resurrection. Deep down inside this seed was the power of new life. The old gave way to the new. The limitation gave way to the freedom. The darkness gave way to light. The silence gave way to rumbling. The defeat gave way to victory. Hate gave way to love. It is just as our reading from Isaiah today, “And he will destroy on this mountain the shroud that is cast over all peoples . . . he will swallow up death for ever.”

And this would become true for those who walked into the empty tomb. It becomes true for us as well. Doesn’t it? It is true for you today as you celebrate this Easter Sunday. Isn’t it? It is true for you as you seek to live in the relationship of marriage, in the stress of your workplace, in the bondage of your addiction, in the love for your enemies. It is the reality of power as that part of you that is mortal gives way to the immortal. It is the assurance of life everlasting beyond this world. God has now given us the capability of sprouting up new life. It would be wrong, therefore, to look at your life and say there is no possibility for improvement. It would be incorrect for you to see the mountain of problems in your life and conclude that things won’t get any better. It would be false to assume that you are too lost or bound to make a difference in your world. It would be a great misunderstanding to think our world cannot be changed by one act of love. This new resurrection life is the prototype for how we are to live, not just in heaven but right here on earth. It is the reality of the defeat of your life giving way to victory.

What we can also understand about the resurrection is really a Benediction. It is a great departing word and thought for followers of Jesus, but if it dies, it bears much fruit. (John 12:24). The fruit from the seed of Jesus’ life in the ground didn’t take long to come up. As the Gospel writers inform us, it happened on the third day. The earth shook as this seed began to sprout, push away the encasing soil and heavy rock, and poked through the ground with dramatic rising. Mary and, later, Peter were the first to see it. They spread the news of Jesus to the other disciples, who, in turn, spread it to the world. People soon began to see the fruit from this one seed as Jesus appeared to people as their resurrected Savior. The good news of Jesus spread like wildfire.

Jesus was right about the fruit from his death. And he is right about the fruit of our death. We are the seeds from the wheat of his life. We are like the acorn Ralph Waldo Emerson wrote about with the words: The creation of a thousand forests is in one acorn. (http://www.joyofquotes.com/seed_quotes.html) We are those who are to disperse into the soil of this world with the intent to propagate a harvest in this world. God has placed you right where you are not only to die to your self, but to bring forth new resurrected life in the people and the systems around you. Think of the difference you can make. Know the power and potential that is inside of you, even while you may find yourself deep in the grave of death. God has big plans for you as a seed. He has placed powerful, reproductive power inside of you. This power cannot be held down by the dirt of this world, the weight of pressure, or the heavy stones that attempt to seal us up for death. No, we have resurrection power. And nothing can stop it. Well, nothing but you. 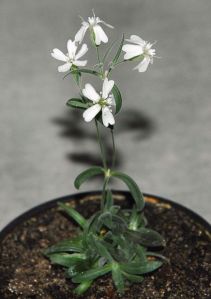 National Geographic reported recently about a seed that sprouted with a beautiful blossom. This kind of thing wouldn’t ordinarily make it in the news, but for the fact that this was no ordinary seed. It was a 32,000 year old seed, dropped deep into the earth by a 32,000 year old squirrel (I am sure they were menacing then as well!). For 32,000 years it remained in the ground, yet still full of resurrection power. Scientists found the seed and observed it’s remarkable power. How could something dead for so long produce life? (story here: http://news.nationalgeographic.com/news/2012/02/120221-oldest-seeds-regenerated-plants-science/). As we reflect on the transformation from crucifixion to empty tomb, we realize that life continues to blossom from an ancient seed. He is risen, indeed.

← Must rise from the dead?
Women, Noners, Evernote, and Education →