We love new things, don’t we?  This is a special time of year, when we emphasize a new year; a time to put the past year behind us and make a fresh start for the new.  Years are not the only new things we love.  We love pretty much anything as long as it is new; has “new!” stamped somewhere on it.  Marketers know this, which is why there is constantly a new mop, car, mobile phone, and vacuum cleaner. I saw a tweet the other day about a new kitty litter product.  I mean, how many new ways can you collect your cat’s litter?  Cat’s really have to be laughing at us about this one.  It is the new Automatic Cat Litter Box, which comes with a product description to good not to share, 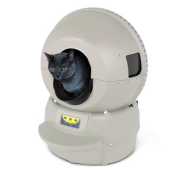 “The Best model removed debris without the clumps and clogs that plagued other units, and its design is free of the standard rake mechanism that can injure cats and is prone to jamming. Instead, The Best Automatic Cat Litter Box offers animals a private, windowed globe that empties after use by rotating upside down and sifting waste into a bottom drawer. It works with any clay-based clumping litter, a carbon filter helps prevent odors, and the drawer can be lined with kitchen garbage bags (not included) for easy waste disposal.”

Do we really need this?  Is new always better?  Maybe not.  Not everything new is needed, but, according to our Scripture this morning, there are some new things we really do need.  In fact, there are some things that stand the test of time; some things that we as humankind have always needed.  Our history is one of trying to meet these needs out of our own resources.  We have made and tried our own substitutes for these needs, but, as the record of time shows, we have not yet met the need.  The good news for us this morning is that God has provided what we need, even with the best of marketing announcements, through the media of Isaiah’s powerful voice, See, the former things have come to pass, and new things I now declare; before they spring forth, I tell you of them (Isaiah 41:7). 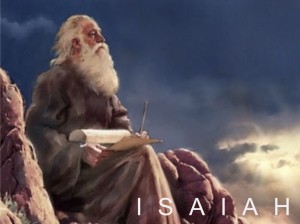 The first new thing Isaiah mentioned was what the people around him at that time longed for and needed the most—justice. As we have been hearing, these were a people who were awaiting deliverance from their captors.  Their homes, businesses, place of worship, and way of life had been taken from them when the conquering soldiers carried them off to into exile.  There was nothing they could do to change their reality.  There was no one among them who could lead them out and back to their homeland.  It is into this reality that God would provide a promise of someone who would bring them justice.  Isaiah became God’s mouthpiece to them about his identity.  There was something odd about this description, though.  I’m sure the people questioned Isaiah, as his description of a deliverer sounded too passive and gentle.  They were looking for a superhero, not a servant.  And, yet, this is what God have him to say.  Their salvation would come from a servant, who would deliver justice with something far stronger than violence.

Our world still needs justice, doesn’t it?  In our world of free will, there are plenty of people who continue to choose injustice.  There are evils all around us, some, perhaps, we even do to each other.  We don’t have to look far back in our history to see how injustice can exist even in a free, democratic nation like ours.  Many of you know the injustice of Jim Crow laws, having to enter the back of a building or drink from a different fountain or go to another school because of your color.  Some have experienced it at one of the 12 or so payday lenders within a mile’s walk of this building.  It could be that others here today know the injustice that comes from discrimination against you because of your time served, your sexual orientation, your disability, or your age.  What God wants you to hear today is the same thing He wanted the exiles of Israel to hear—justice is on its way.  You may feel powerless where you are right now, seeing the unfairness and suffering of what has happened to you, but something new is in the works.  Your Deliverer has already shown up and his work of righteousness, though still in process—is near completion.

That’s great, you may say, but what do I do in the meantime?  I’m quite sure that is what the people who heard Isaiah’s words about a promised servant said or thought, along with a “so when’s he coming?  How much longer do we have to live like this, to wait for things to change?”  If we fast forward to the Gospel text we heard this morning, we can see that people are still waiting for justice to be served, this time to the Roman government.  Some of them long for this servant to show up so much that they are willing to do about anything, even wade into the waters of the Jordan to be baptized by a poorly dressed man shouting at them. It is in those waters that they would see and experience the second thing they needed:  identification.  It happened as the Son of God was baptized, just as they had been, though for different reasons.  As Jesus stepped into the water, he stepped further into their identity; becoming like them in their humanity.  He showed his willingness to identify with them and began a ministry whereby they could identify with him.  From then on, he would go deeper into their captivity, their sufferings, their hopes, their sickness, and their hearts.

With all of the flu going around this season, it is not uncommon to hear people diagnosing one another or sharing some tips on what to take or how to cope with it. The people giving the advice seem happy to share it, as they do so with a relief of no longer having it but also with a real empathy for those who now have it. It is helpful to have someone who has already been through it providing you with care; to have someone who can identify with you.

Identification is another thing we need today.  Isn’t it helpful to know, in the midst of your humanity, to know that God loves you so much that he entered this world to identify with what you experience?  Isn’t it good to know that there is someone who knows how you are felling when you are down and out, when you are ridiculed, when life is unfair, when you have no place to lay your head, when the power of sin is crushing you, and when no one else seems to care?  And, isn’t it good to identify with a God who took the form of a servant and whose life provides the way you are to live your life on this earth?  Identification is a new thing God is doing.  Do you have your identification?

I’m sure that is something we need to hear as well.  But, how can we?  Aren’t those words just for the Son of God?  Yes, they were spoken to him, but they are intended for us to hear as well.  They are words of our new life in Christ, our baptism into his identity.  The affirmation is passed on to us as we continue on as the body of Christ in this world.  Those words of the risen Jesus, As the Father has sent me, so I send you, are not only words of mission; they are words of affirmation.  They are a new thing God is doing, intended to stay with you as you exit from your baptism and from this place and into the world.  Are they new to you?

One of the new things that has the power of getting our attention these days is any new product from Apple.  Just the news from Apple that an announcement will be made causes people to line up for miles outside a store, stock markets to react with anticipation, and nerds everywhere to start developing new apps.  It is amazing what one simple announcement will do.

How much greater is it to hear the words spoken by an ancient prophet of long ago, echoed from the heavens in the Jordan River, and entering our space right now:  See, the former things have come to pass, and new things I now declare.

Thanks be to God.

← Jesus in a Word
What Beloved Community Can Look Like →