Have you been watching the Olympics this weekend?  I watched a few of the water events, mainly to see if there really is garbage and carnage floating as the news has been reporting in days before the Olympics.  No, what I’m really wanting to see is the end result of what these athletes work for day after day in their training: gold medals.  What I like even more than seeing them receive the medals is to see the person giving them out. What a great job to have! You’ll never these givers frowning or hating their job.  The smiles on their faces and joy in their gestures can’t hide that it is their good pleasure to give out the medals.

In our text for this morning, Jesus described how God takes pleasure in giving.  The giving he referred to is of the kingdom of God.  He told the disciples that it was “God’s good pleasure to give you the kingdom.”  This was good news for a people who were accustomed to having things taken from them, robbed by the Roman government of income, property, freedom, and a future.  Many of them were no doubt feeling this way about God; that God took pleasure in taking things from them.  If this were not so, they must have reasoned, surely God would have answered their prayers and given them what they wanted.  Like most of what Jesus said, this description of God wasn’t only good news; it was subversive.  Jesus was describing God in a personal way, as One who was not only in tune with mortals but who was interested in making sure they would experience the fullness of life as God intended: the kingdom of God on earth.

I’m not sure if what Jesus said about a new kingdom scared them or if they were afraid of what it would cost them to help bring it about. Whatever the reason, Jesus addressed it with the words, “Do not be afraid, little flock.” They must have not only felt little in number; they probably felt little in significance.  They were, after all, powerless, poor, uneducated, and defenseless. Jesus obviously didn’t look at them in that way; he saw they were just who God could use to build and lead his kingdom.

This might be a good place to remember what Jesus meant by “kingdom.” They were familiar with kingdoms, for they had seen many come and go.  What they would have understood Jesus describing was the kind of kingdom they were dreaming would one day come; one where the Roman government was overthrown, where their land would be given back; where justice would prevail; where debts would be forgiven, where enemies would be defeated, and one where God—not Caesar—was in charge. 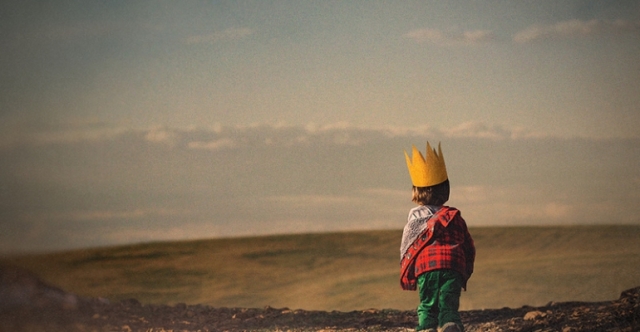 We are to hear in these words today how it is God’s good pleasure to give us the kingdom.  Much has changed in the world since Jesus spoke to the disciples. Yet, much is still the same.  We still feel little in our world. Even as the world has gotten smaller and flatter at the same time, it still feels enormous.  Terrorism breaking out all over the globe.  Storms and disasters wreaking havoc. Global warming poisoning earth’s precious resources, even causing enormous health issues for Olympians this summer in Rio.  Zika spreading around the world, just this week showing up in Miami and causing travel bans for pregnant women entering the city.  For these things and more we feel little.  Powerless. Vulnerable. Afraid.  Nothing has really changed since Jesus talked to his disciples.  Nothing has changed about what he had to say about God:  “It is God’s good pleasure to give you the kingdom.”

Maybe what we are to do here today, in the now of our fears and littleness, is to think about what God’s kingdom looks/can look like today.  This happens when we do what we heard about last Sunday’s challenge from Paul to set our “minds on things above, where Christ is seated at the right hand of God.” (Colossians 3:8)  As we, who are a little flock, look up, what do we see?

We see that the new and in-breaking kingdom of God is not one directed or shaped by fear.   Those who live and work in this kingdom have no reason to fear for they see that who God is and what God does is greater than all sources of fear in the world.

We can also see that our role in the kingdom God has given to use is one of making intersections of heaven and earth in the world we live in.  Isn’t that a great job?  It is one not restricted to vocational ministry in a church.  It actually is one done best outside of the walls of the church. Intersections of heaven and earth are waiting to be formed at your place of work, in your business, at your school, with your students, in places where you see hate, in your neighborhood, with your family, in your state (like our group who spent the weekend in Lake Providence passing out book bags and school supplies).  It is these places where the kingdom of God is to intersect with the kingdoms of this world.

What we can know but not always get to see is that the kingdom of God is where love wins over hate, where things aren’t always tidy but they are holy, where justice is given to the oppressed, where the proud tumble and the humble rise.  Yes, the kingdom is where debts and sins are forgiven, where wrong is made right, and where the dead are raised to life.

Can such a world exist?  Will God’s kingdom really arrive?  According to Jesus, it is God’s good pleasure to give it to us. Where will God arrive this week with the gift of the kingdom?  You ready to receive it?

Frederick Buechner, my favorite writer, describes “kingdom of God” in a beautiful way,

“If we only had eyes to see and ears to hear and wits to understand, we would know that the Kingdom of God in the sense of holiness, goodness, beauty is as close as breathing and is crying out to born both within ourselves and within the world; we would know that the Kingdom of God is what we all of us hunger for above all other things even when we don’t know its name or realize that it’s what we’re starving to death for. The Kingdom of God is where our best dreams come from and our truest prayers. We glimpse it at those moments when we find ourselves being better than we are and wiser than we know. We catch sight of it when at some moment of crisis a strength seems to come to us that is greater than our own strength. The Kingdom of God is where we belong. It is home, and whether we realize it or not, I think we are all of us homesick for it.”

Are you homesick for the kingdom of God?  God’s good pleasure is to give it to us.

← What Belonging at CFTH Means
Lesson learned from Simone Biles →